Quick update on where we stand at this point. 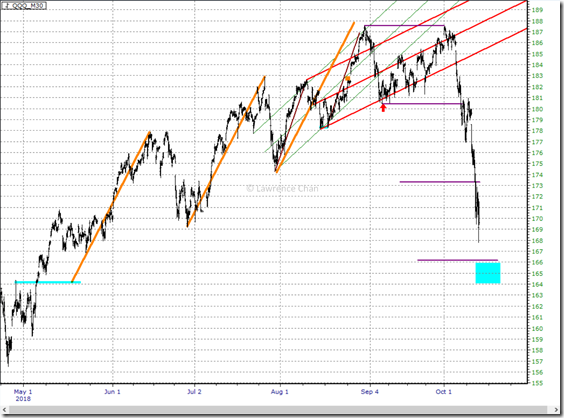 Three pushes up (orange lines) with starting point highlight by the horizontal cyan line on the left.

In combination we are looking for the cyan box to be tagged soon. My guess is Friday or Monday.

My book The Art of Chart Reading is going to be on sale at Amazon for 3 days only starting tomorrow.

Take advantage of the discount event and get your own copy! 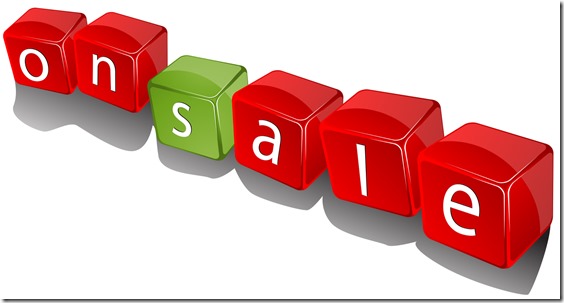 I have arranged a discount event with Amazon.com on my book The Art of Chart Reading starting this Friday Oct 12 at 8 am Pacific Time until Sunday Oct 14 at 8 pm Pacific Time.

Mark it down on your calendar.

Take advantage of this special event to get a copy of the book!

Just in case, here is the link to the book:

Same chart as the one posted back in Aug 18 with new highlights on what to watch out for. 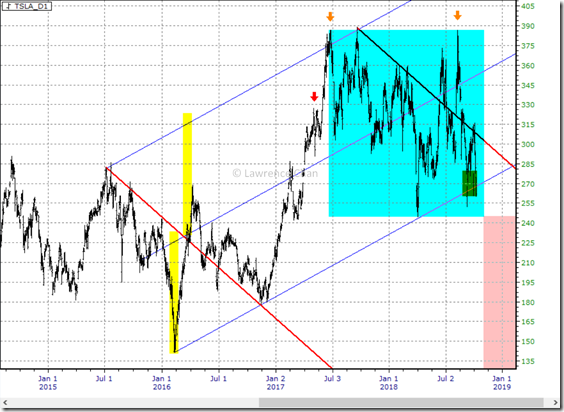 Why the higher high in between does not count? You need to spend some time learning Special Theory of Discovery …

The same support zone I projected is now at risk to be taken out.

Until TSLA trade back above the red down trendline and close above that on weekly basis, without breaking the up channel support, Tesla is at best going sideway in coming months.

Breaking below the bottom boundary of the blue zone is a confirmation of the double top setup with much lower price level in play.

Following is the weekly chart of Dow Jones Industrial Average. 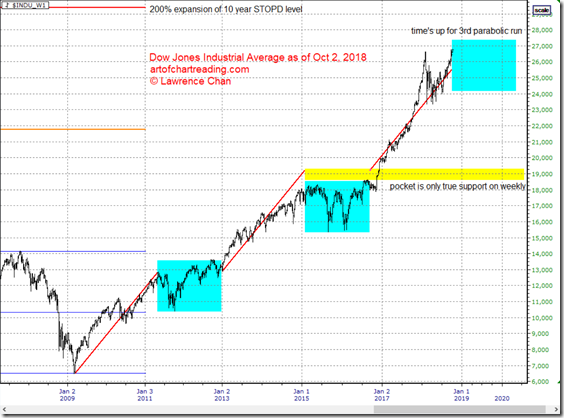 The 10 year STOPD level projection tells us where the likely maximum boundary for the current 10 year run will be. It is marked by the red horizontal line at the top.

Last 2 corrections / consolidations after each run last about 2 years.

It will be tough not to get a steeper correction.

Another great example on how not to trade with your opinion. 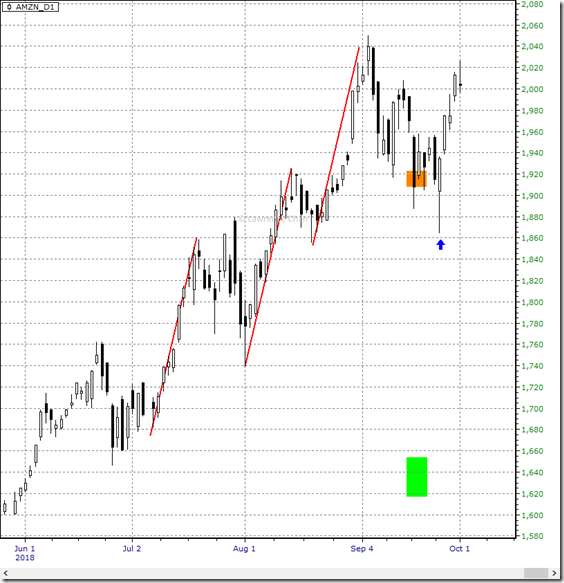 Many readers are asking for short term analysis on Bitcoin. 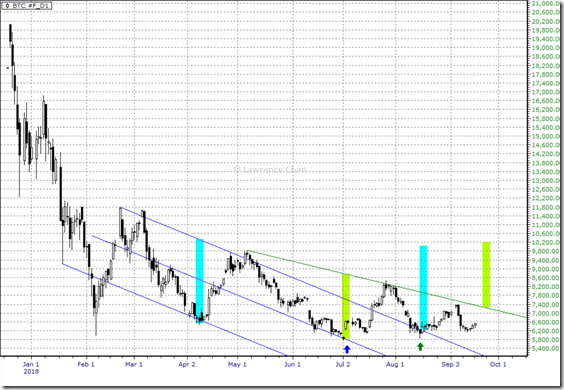 2. Since the spike low back in February it has tried hard to settle down but just like any other market, post crash price actions are usually more bearish.

4. Breakout of the channel was meant with a strong selloff back down to retest the channel top and the first quarter low (green arrow).

a. A clean breakout above the resistance trend line (green line) will likely give a run to target around 10,000.

b. IF, BTC manages to stay above 2nd quarter high after #a happened, it will in turn create the potential of what is often called Adam and Eve bottom. Whether the pattern will work out is too early to even think about it since the breakout part has not even happened.

It is not that difficult to read a chart properly. Understanding how to engage the market correctly will keep your trading risk under control while the profits will take care of themselves as always. Get my book and learn my system of chart reading.

Not much changed since I last posted the weekly chart of Amazon.

But if you know how to engage three pushes up, you would know what to do on the daily. 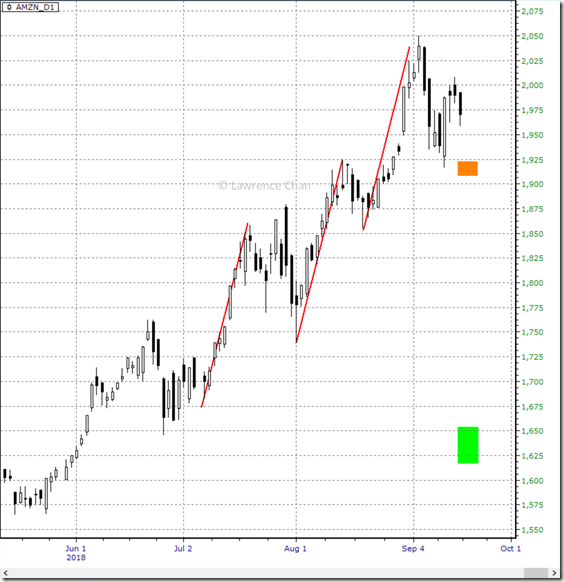 Line in the sand is the orange zone, that turns into resistance will likely give us a move back down to the weekly targets mentioned last time.

To learn more about the right way to engage various chart patterns, check out my book today.

Before more downside is possible, takes care of the “unfinished business” first. 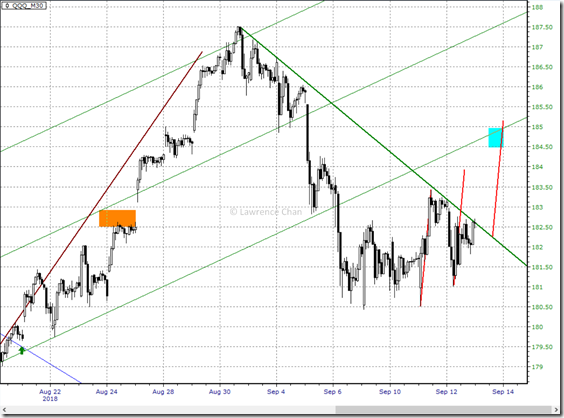 Here is a weekly chart of Amazon. 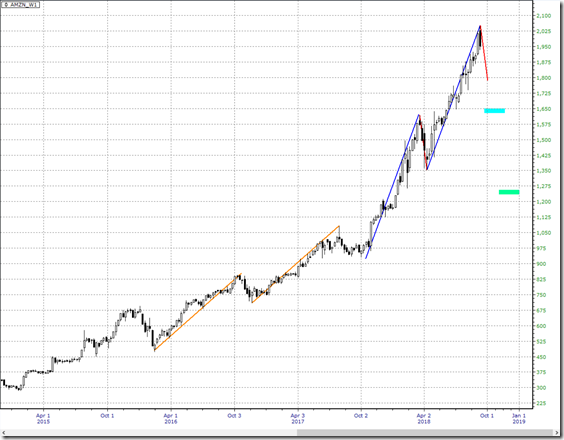 Making measured moves in Amazon is part of its habit all the time.

It is right on time to enter its correction / consolidation phase until the election is over.

The key support areas are highlighted in the chart.

If you want to be able to analyze your charts with better precision, pickup my book today!

Follow up on my forecast made back on Aug 29. Here is where we stand. 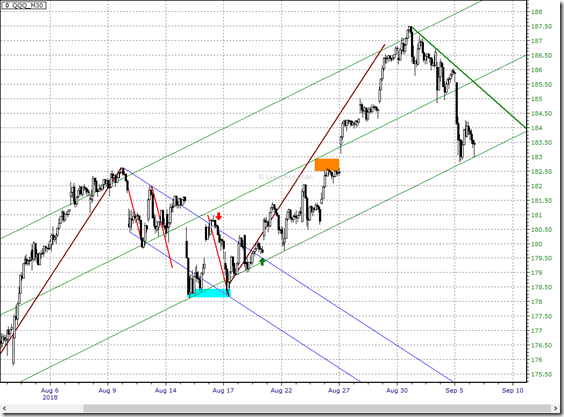 Really, there is a right way to read the charts.